Erogenous zones
For one thing, “many people who work hard have hard hands,” says the doctor. “So they can’t stimulate well, it’s not very comfortable. But the penis skin is always soft.”

Kunyaza – how to do it

Hold your penis between your fingers and thumb.
Use the head to tap your partner’s clitoris, labia and vaginal opening.
Move the rhythmic tapping around the vulva in circular or zigzag movements.
Start gently, then get more vigorous as your partner becomes more aroused.

Rub the head of your penis up and down, side to side or in circles over the whole vulva.
Still holding your penis, make similar movements with it inside the vagina.

Your partner on her back, you kneeling between her legs.
You sitting down, your partner sitting in your lap facing you.

Use plenty of lubrication – saliva for example.
Your partner can also take hold of your penis and give you a hand.
Be prepared for wet patches!
Read more

Kunyaza: the African secret to female orgasm
Anyway, the penis is a better tool for the job, he says. “With the penis you can stimulate several erogenous zones almost at the same time, moving from the vaginal opening up to the beginning of the clitoris. By doing this you stimulate at least three erogenous zones.”

Clitoris
The secret of the tapping or slapping action is that it gives deep clitoral stimulation. The little bump we think of as the clitoris is really just just the very tip – a bit like the head of the penis. The whole organ carries on deep inside the body.

“Kunyaza stimulates the part we see, and the inner part, the part we don’t see – if you do it forcefully.”

Multiple orgasms
Kunyaza can be a boon to women who have trouble having an orgasm, says Dr Bizimana. Here the technique beats intercourse hands down, he says. After all, only around three women in ten ever manage to reach orgasm from intercourse alone.

It doesn’t take years of practice to master the method, the doctor says. “It’s easy, you only have to decide to do it. The problem is that the women want to try it, but the men don’t want to learn!”

Men
Which raises the question, what’s in it for the man exactly? Apart from the satisfaction of pleasing your partner, of course. How do men have an orgasm with kunyaza?

“It varies,” the doctor says. “But anyhow, the men can have orgasm just from the vulval stimulation, without vaginal penetration.”

Fluid
And there are other benefits. “This technique is stimulating because the man experiences a lot of warmth from the fluid – it’s very good! And the sound can also arouse him. Because when you do it, you have a noise like a dog drinking water.”

This brings us to the reputation for sopping wet sex from which kunyaza gets its name. “The main characteristic is that women produce and eject a lot of liquid," says the doctor. "Literally translated, kunyaza means to urinate. But it’s not urine, it’s vaginal fluid.”

“The next step is that we want to do a chemical analysis of the fluid, to prove it’s not urine. Because some women produce 600 millilitres! One German woman measured it. It’s not a myth, it exists.”
पर जनवरी 09, 2014 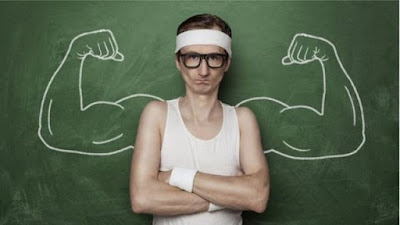 Dr. B.K. Kashyap
Dr. B K Kashyap is one of the most outspoken sexologists and consultants in India. They believe that every person should have the courage to listen to their issues and seek help in sexual matters. It is his mission to create a society where sexual disorders are not spoken to by people. He is a dedicated medical professional, one of the best in the field with an unsuccessful success record, who has successfully treated thousands of downtrodden patients and saved countless relationships from being set on fire.